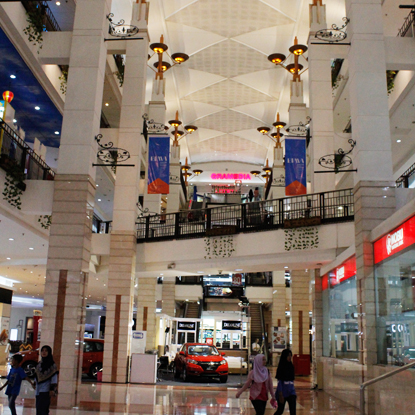 Istana Plaza is a four-level retail mall with, two basement levels and a carpark, strategically located in the heart of the Central Business District of Bandung, the fourth most populous city in Indonesia.

Situated at the junction between two busy roads of Jalan Pasir Kaliki and Jalan Pajajaran, it is easily accessible by car and public transport. Anchored by Matahari Department Store and Mr D.I.Y, its diverse mix of tenants provide a one-stop shopping experience for the middle to upper income residents within its population catchment area. Istana Plaza's many popular international fashion labels have also helped to attract the young and trendy shopper base.